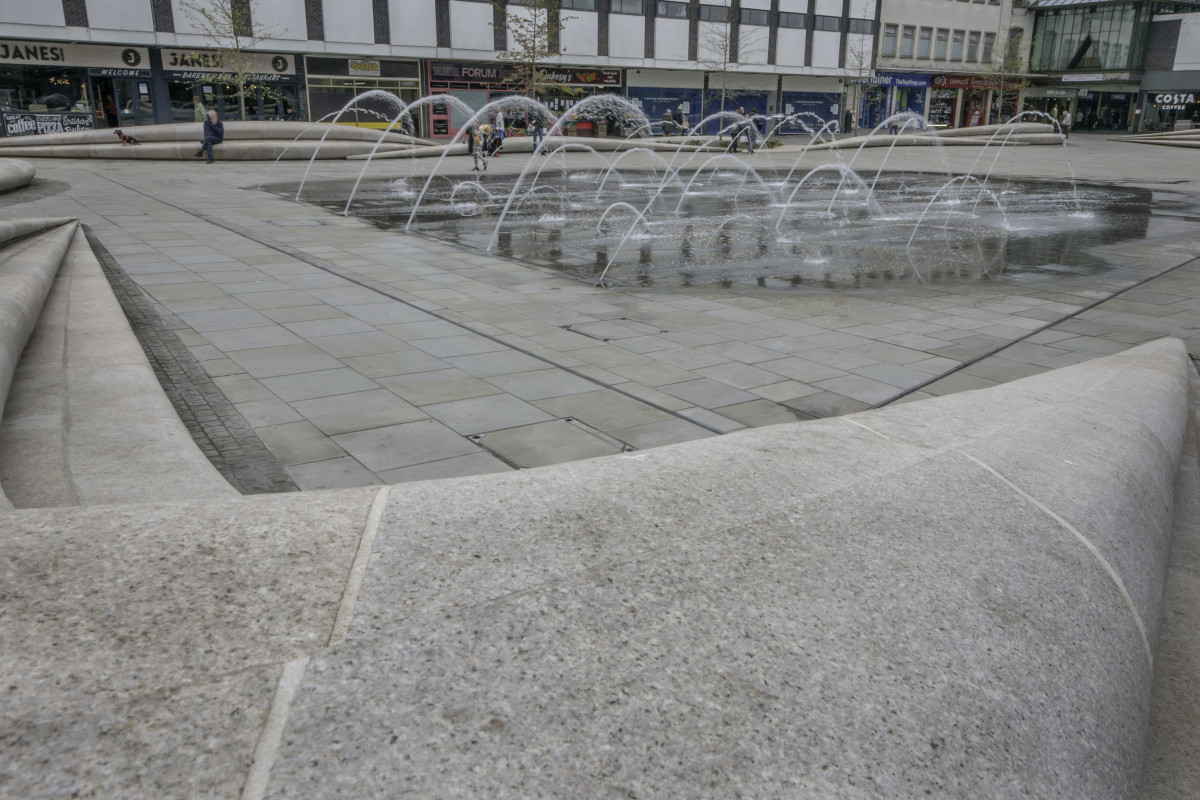 Kings Square, Gloucester has had a dramatic transformation as part of the wider Kings Quater regeneration project and its official public opening was held on Saturday 30 April.

The design for Kings Square took its inspiration from the famous Severn Bore, a tidal surge which occurs along the South West's Severn River. Sculptural stone waves, in brushed granite, were supplied by Hardscape and flow around the four edges of the square (they are also seating and steps). Our reputable Forest Pennant commercial paving products were chosen for the horizontal surface of the square; a local, sustainable hard landscaping product with low carbon credentials. We supplied mixed colour sawn paving, mixed colour bush hammered setts, cropped top setts, radial kerbs with demi bullnose and kerbs.

The centre of the square has jet fountains, which are designed to encourage to child to play. This public realm regeneration scheme has created a community space in the City centre, which can be used to hold large events such as concerts or food markets.